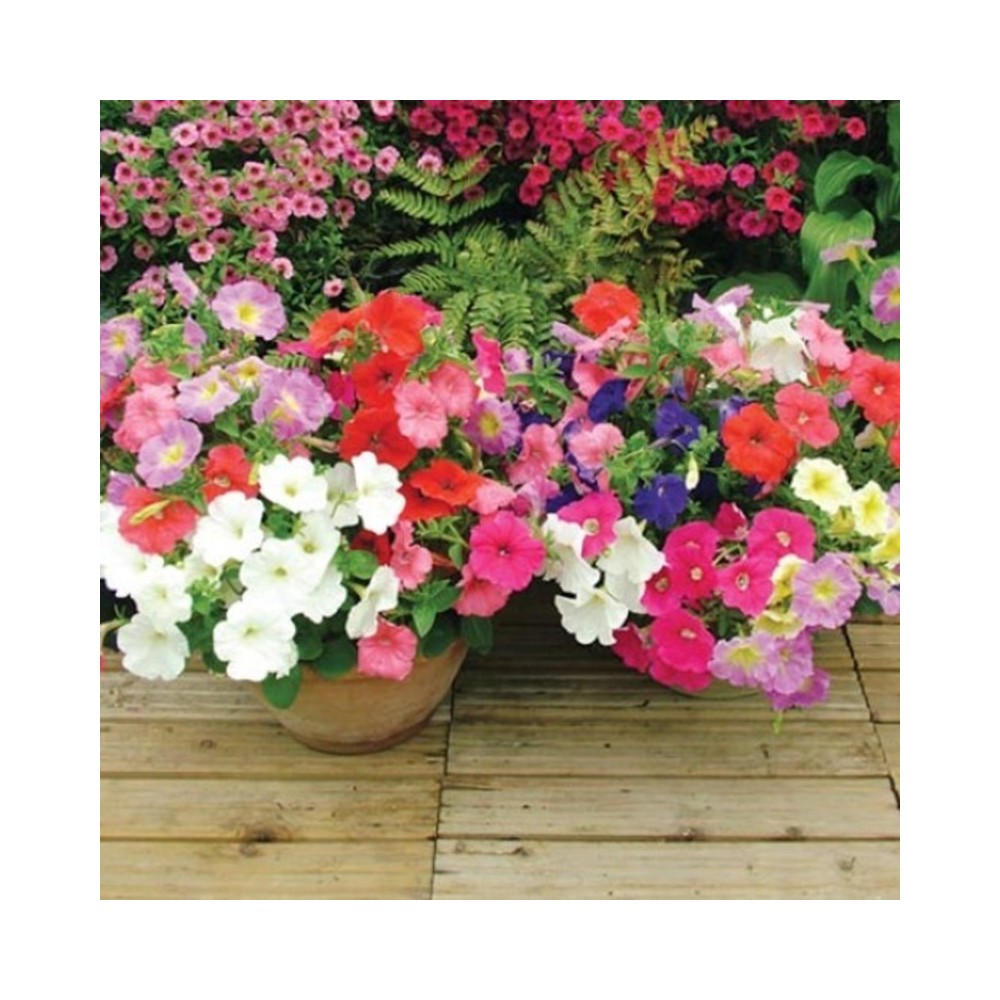 Geraniums (Pelargonium x hortorum) make popular bedding plants in the garden, but they’re also commonly grown indoors or outside in hanging baskets. Growing geranium plants is easy as long as you can give them what they need. How to Grow Geraniums Depending on where or how you grow geranium plants, their needs will be somewhat different. Indoors, geraniums need lots of light for blooming but will tolerate moderate light conditions.

Geraniums (Pelargonium x hortorum) make popular bedding plants in the garden, but they’re also commonly grown indoors or outside in hanging baskets. Growing geranium plants is easy as long as you can give them what they need. How to Grow Geraniums Depending on where or how you grow geranium plants, their needs will be somewhat different. Indoors, geraniums need lots of light for blooming but will tolerate moderate light conditions. They also need indoor temps  of around 65-70 degrees F. (18-21 C.) during the day and 55 degrees F. (13 C.) at night. These plants need to be grown in well-draining potting soil as well. When growing geraniums outdoors, they require moist, well-draining soil similar to that of indoor potting soil with equal amounts of soil, peat and perlite. Locate your geraniums in an area with at least six to eight hours of sunlight. Since these plants must be protected from cold, wait until the threat of frost has passed before planting. Space plants about 8 to 12 inches apart and around the same depth as their original planting pots. Mulching the plants is also recommended to help retain moisture.

Whether indoors or out, geranium care is pretty basic. In addition to watering, which should be done deeply and once the soil begins to feel dry indoors or at least weekly outdoors (though potted plants may need daily watering in hot weather), fertilizing is usually necessary. Use a water-soluble houseplant fertilizer or a 5-10-5 fertilizer with additional organic matter every four to six weeks throughout their active growing season. Indoor or potted plants may require repotting once they become overgrown, usually noted by wilting between

waterings. Regular deadheading of spent blooms will also help encourage additional blooming. When watering outdoor plants, it’s best to avoid overhead irrigation, as this can lead to pests or disease issues. Geranium plants root easily from cuttings and can be propagated in fall for overwintering of outdoor plants. They can also be dug up and brought inside.

When we have a summer of low light levels and cold, wet soil, it certainly does not help. The varying weather conditions is why it is not always possible to get the same results every year. We always say that if it is a bright, warm summer the geraniums do well, if it is dull and wet the fuchsias do well, and if it is a mixture, then they both do well!

If they are given too much nitrogen, the plants make plenty of leaf, but few flowering buds. They also tend to make soft growth, which is more susceptible to rotting in damp conditions. We once had leaf damage on our regal pelargoniumsbecause we had put slow release granules in the compost, and then continued to use liquid feeds, both of which had trace elements included. They then showed signs of boron poisoning i.e. we had given too much of the trace elements needed by the plants.

·         Mice! - We once had a letter from a frantic customer who said her plants in the conservatory were keeling over from above the soil level. In fear and trepidation, in case we upset her, we phoned and suggested she might have mice in the conservatory. "Do you know! I think you might be right!" she said. Phew!

·         Vine weevil - This is a pest which seems to be on the increase and is difficult to eradicate. We know that fuchsia growers are very concerned about it. A garden centre is the place to go to for advice on suitable chemicals to combat the pest. We think they will probably recommend a product from PBI called "Provado", but they might have other suggestions. We know of one nurseryman who recommends letting bantam chickens loose in the greenhouse! Levingtons do now produce a compost that will kill vine weevil, but that would entail washing the roots and repotting everything. We are sorry there is no magic remedy to this problem.

·         Whitefly - These pests can be a problem with the regal and sometimes the scented pelargoniums. Garden Centres are loaded with insecticides to combat this pest, but it is a case of persevering during the warm weather, as they breed very rapidly. We spend a huge amount of money to keep this pest under control – and it still pops up again! Try using "Provado", it could help here!

·         Caterpillars – There is a moth that can appear about August or September that will chew the leaves of the zonal geraniums which needs catching in the evenings or eradicating with a systemic insecticide.

·         Sciarid fly larvae – These can thrive in peat composts, but are not normally so active that they kill the plants. Once their life cycle moves on, they disappear, so are only a nuisance for about two months in the year. Drenching with a weak solution of Jeyes Fluid will usually put an end to them.