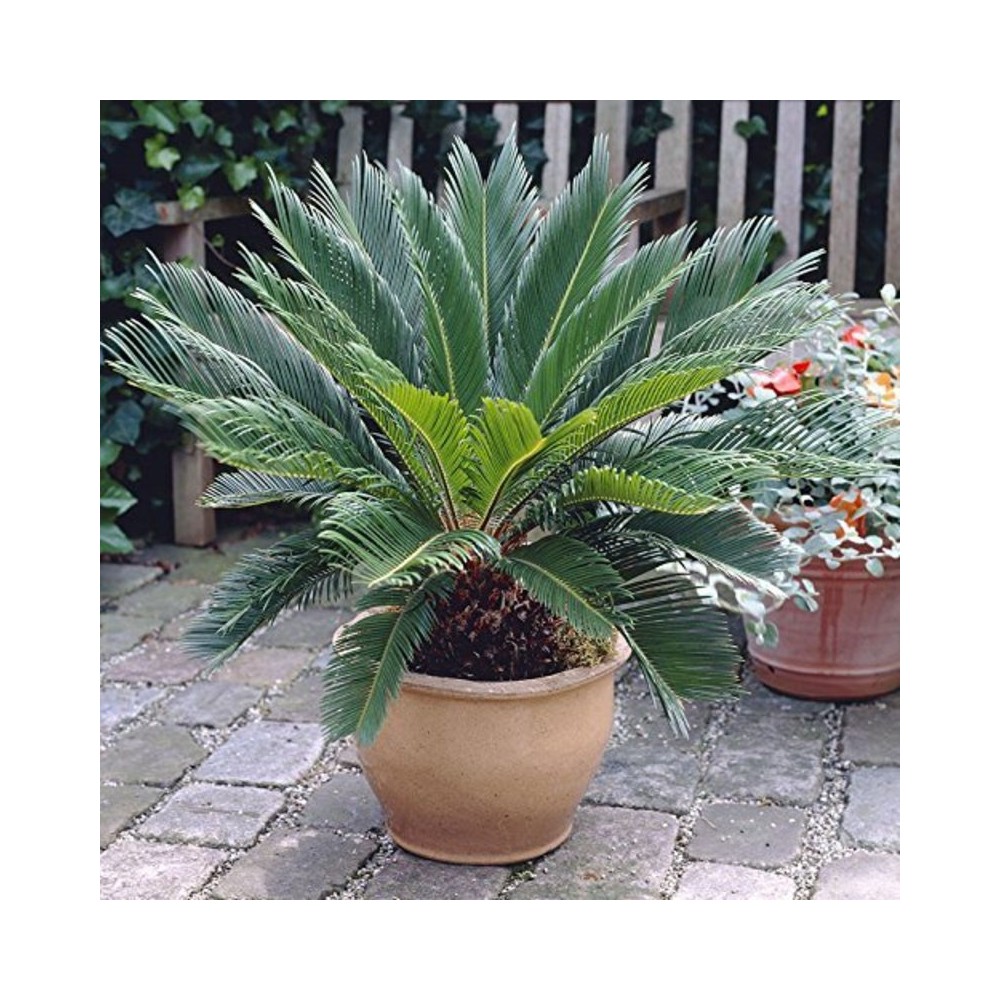 Cycas Revoluta sagopalm  is the only cycas plant from its genus which is sold in garden stores for growing indoors, named cycas revoluta.

Cycas Revoluta sagopalm  is the only cycas plant from its genus which is sold in garden stores for growing indoors, named cycas revoluta.

Although, this species is not a true palm – it has the appearance of a palm, with its feather like fronds. These fronds also look very similar to some ferns.

Sago palms are slow growing plants that take a fair few years (5 or more) to reach their maximum height of appoximatly 2ft, when grown indoors. A plant may only produce one leaf per year, so don't expect lot's of new foliage to appear during it's growing period.

The bad news is propagation by seed will take years to produce a 2ft tall plant; however, the good news is mature plants are sold at many garden stores and they can last for years and years.

Foliage: A woody type base (called a caudex) which is the stem produces pinnate fronds (multiple leaflets on a stalk) similar to a fern plant. These stiff and kind of brittle fronds grow over a foot long in an upwards fashion then arch over.

Do take care when handling - fronds get bent quite easily and it takes a long time for new fronds to appear.

Ease of growing: The sago palm is easy enough for most growers to care for and maintain, but not quite a beginner plant. You will need to provide plenty of bright light, above average humidity levels, do not over-water and have plenty of patience with a young plant.

The cycads genus, which this species belongs to has an amazing history dating back before dinosaurs roamed the earth. The discovery of fossils from cycads provides evidence of the existence of their ancestors dating back to over 300 million years ago.

The sago palm is best suited for growing in a bright conservatory, but it can also be placed in other rooms where there is enough light and room for the wide fronds.

Pets: This plant is poisonous and one you really don’t want cats or dogs grazing on. If ingested some of the possible reactions can be extreme including death, according to the ASPCA (American Society for the Prevention of Cruelty to Animals) and other sources. One problem is the leaflets are quite slim which does attract the attention of cats, so cat owners may not want to risk having one of these plants in a home.